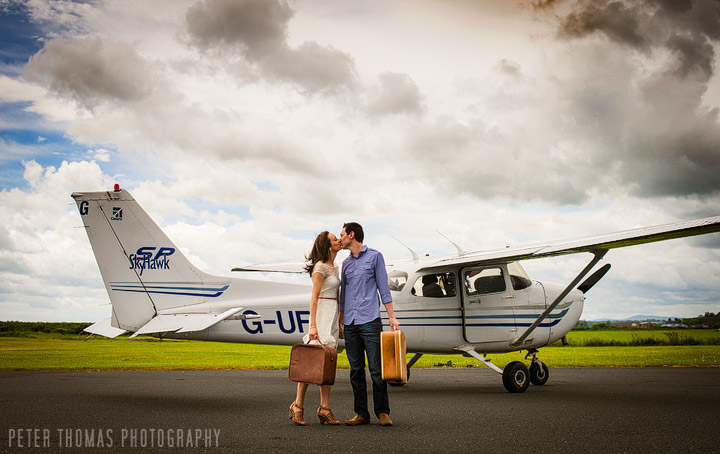 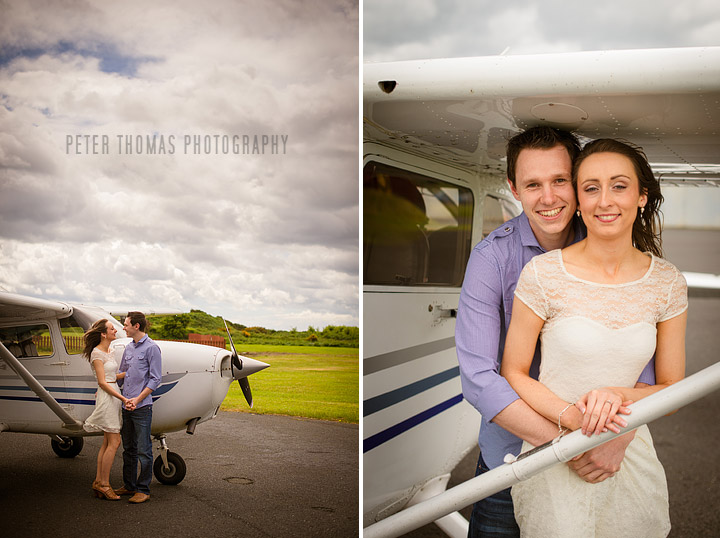 We’d been pinning various ideas on pinterest for a while – hence the suitcases and various bits and bobs! Love these themed shoots! 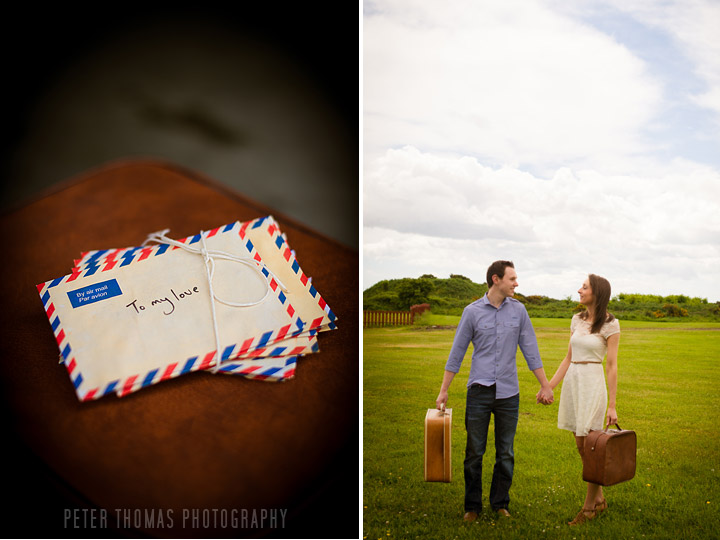 After about 15mins the airport controller came out to tell us there was a ‘big shower’ coming in from the North. Well he wasn’t wrong and it rained the rest of the shoot 🙁 . So we retired to one of the hangars and I went into wet photography mode. The hanger was actually really cool. 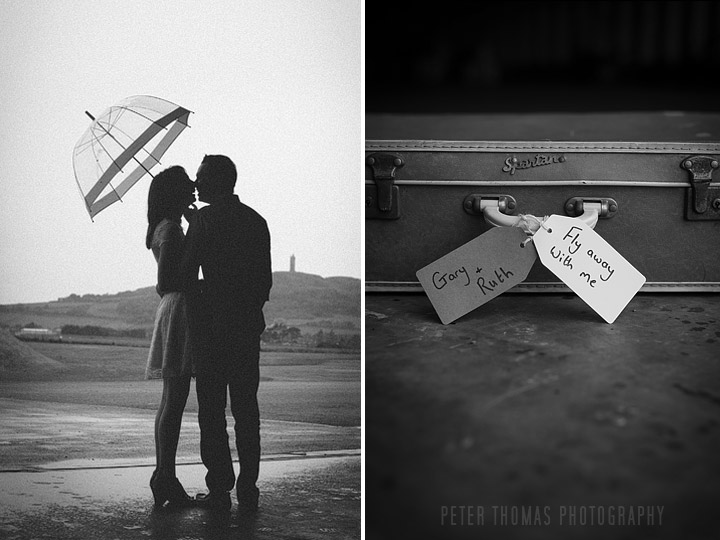 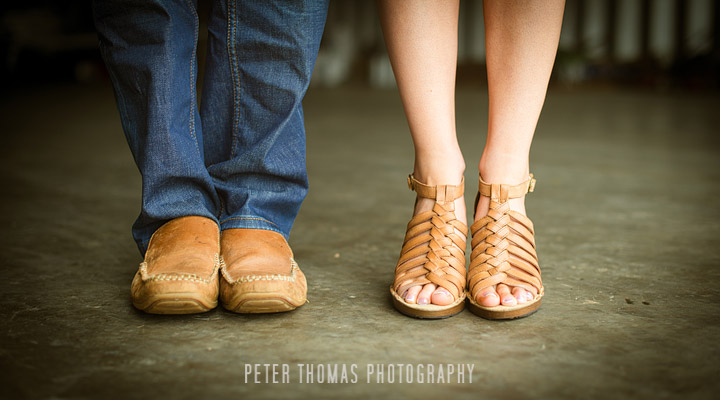 Love this next one. 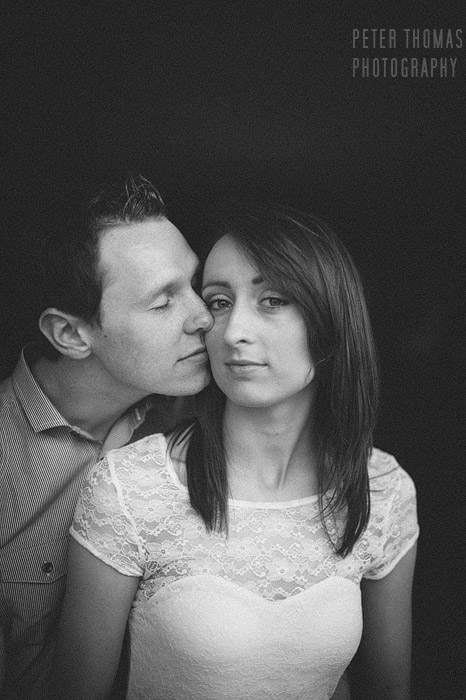 Love that previous one – did I tell you that already 🙂 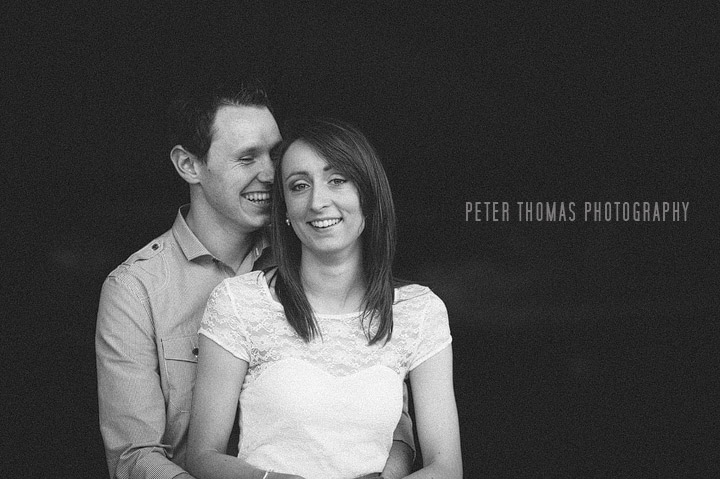 So long airmail coloured helium balloons. We’re sorry you were let go so soon after being employed 🙂

Here’s a wee plug – if you have an idea for a cool themed engagement shoot let me know!

There is something magical about an engagement shoot. The excitement for married
It’s not every day you get to photograph a marriage proposal live!
In all the excitement of planning a wedding, it can be easy
I've done quite a few really nice engagement shoots recently - and
I met Kerry & Craig on Downhill beach a few Saturdays ago.
Go to Top